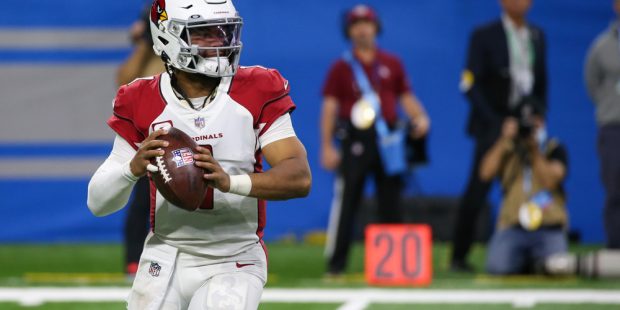 It’s officially August. It’s difficult to imagine, but the NFL regular season is only about five weeks away. This means we’ll see more news about the Arizona Cardinals in camp, their preseason, and prospects.

The team has a lot to prove after an 11-6 season in 2021, followed by a crushing defeat to the Rams in the playoffs. Will Kliff Kingsbury and his staff coax more balanced results this season? Last year, the Cardinals followed a 7-0 start with a head-scratching 4-6 finish.

Oddsmakers don’t seem to know what to make of the Arizona Cardinals: odds for the team to make the playoffs are nearly even money.

The Cardinals are +3 at home against the Chiefs in Week One.
Last season Arizona was 5-6 playing as the favorite and 3-5 at home as a favorite.
The Cardinals have not made the playoffs in consecutive seasons since 2015, and it’s only happened twice in the more than three decades the team has been in Arizona.
Kingsbury already ranks ninth in franchise history in wins (24). This season he should also move into the top ten in games coached.
Last year the preseason odds for the Cardinals to win the Super Bowl were +3500 (FanDuel). That number got down as low as +750 by Week 14.

Unibet AZ Welcome Offer: Claim up to $250 in risk-free bets – Use code BETBONUS.

Will Murray’s Contract Propel him to a Big Season?

Now that we know Kyler Murray won’t have to do his homework to get paid, let’s talk about what the fourth-year quarterback will need to improve upon to get this team to the Super Bowl.

The former No. 1 overall pick recently inked a five-year, $230 million contract to remain in Arizona. He’s coming off a year where he ranked as one of the top 100 players in the NFL and finally tasted playoff football. But as Murray and his teammates learned, the path to a Conference Championship game and Super Bowl is riddled with challenges in the form of division rivals. The defending champion Rams and San Francisco 49ers are formidable foes, and the Seahawks are not going to roll over either. Last season, Murray and the Red Birds were 4-3 against NFC West division rivals, including the embarrassing 34-11 pounding they suffered at the hands of the Rams in the NFC Wild Card Game.

There are reasons to love Murray:

The Arizona QB is the first player in NFL history to record 70 touchdown passes and 20 rushing touchdowns in his first three seasons.
He’s topped 3,500 yards in the air in each of his three seasons and has been over 64% in completion percentage every year.
He’s the only Cardinals’ QB to be named Offensive Rookie of the Year as well as a Pro Bowler multiple times.

But there are concerns as well:

Last season after the 7-0 start (when Arizona averaged 35 PPG), Murray only threw seven TDs in seven games, with five picks.
Faced with adversity, Murray frequently relies on his feet and tries to make up yards on the ground, doing too much.
In 46 career starts, Murray has thrown for 300 yards just 11 times. He had only 137 yards passing in the playoff loss last season when he threw two interceptions.

In a league where the ability of a QB to pass the ball downfield is directly correlated to winning playoff games, Murray really hasn’t shown he can do that yet. Can he figure out opposing defensive schemes? Will he become more adept at the audible, and if he is in trouble, can he learn to stick in the pocket and not bolt across the line of scrimmage?

To be fair, Murray has been without his best receivers at times in recent years. The Cardinals can and should be eyeing better wideouts to help their still-young QB. A return to form by tight end Zach Ertz could assist Murray as well.