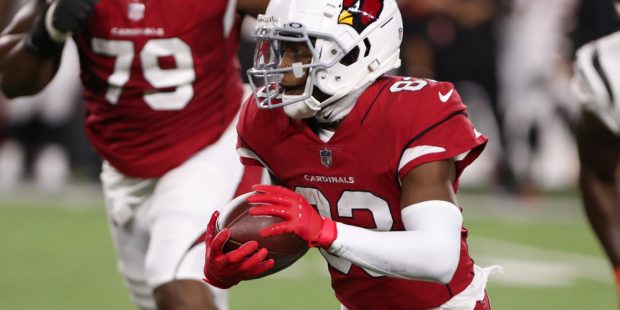 Following the Arizona Cardinals’ preseason win at Cincinnati last week, the Cards will be hosting the Baltimore Ravens for their second preseason game on Sunday, August 21.

Bet on the Cardinals with BETMGM Arizona by claiming up to a $1,000 risk-free bet – Use code SHARP

If there’s any team-level motivation for this preseason game, the Ravens will have their NFL-record 21-game preseason win streak on the line.

Here’s a game preview and look at the odds for this bird-versus-bird matchup.

The odds below are from BetMGM, the Cardinals’ sports betting partner, as of Friday.

Will the Ravens Make it 22 Straight?

Lamar Jackson will sit this one out, as he did in the first preseason game. The Ravens actually had 32 players out in Week One of the preseason, the third most in the league.

Joining Jackson on the sidelines will be starting tight end Mark Andrews and other established veterans. It’ll be interesting to see what happens at wide receiver, as James Proche and Tylan Wallace both missed Wednesday’s practice. Quarterbacks Tyler Huntley and Anthony Brown will run things on the offensive side of the ball, as the Ravens released quarterback Brett Hundley earlier in the week.

Under Coach John Harbaugh, the Ravens are 40-12 in the preseason.

Can the Arizona Cardinals End the Baltimore Streak?

Will the Cardinals end up being the answer to a random sports trivia question down the road? Kyler Murray will join Lamar Jackson and miss his second straight preseason game. Marquise Brown will have to wait to square off against his former team, as he’ll also be on the sidelines. In fact, Arizona fans can expect to see a similar squad as they did in the first preseason game, per head coach Kliff Kingsbury.

Kingsbury said the starters for the Cardinals against the Ravens Sunday will be similar to what they did against the Bengals.

One new face joining the team on the field Sunday will be rookie tight end, Trey McBride. The former Colorado State Ram has been dealing with back spasms but has been cleared to play.

With both teams resting the majority of their key starters, and both teams having quarterbacks that can move the ball, my favorite bet for this game is taking the over on the point total.

Tyler Huntley has proven himself to be one of the best backup quarterbacks in the league, and he completed nearly 90% of his passes in the first preseason game. If Kingsbury is going to run a similar game plan to last week, we saw Trace McSorley start the first half and take plenty of downfield shots doing it.